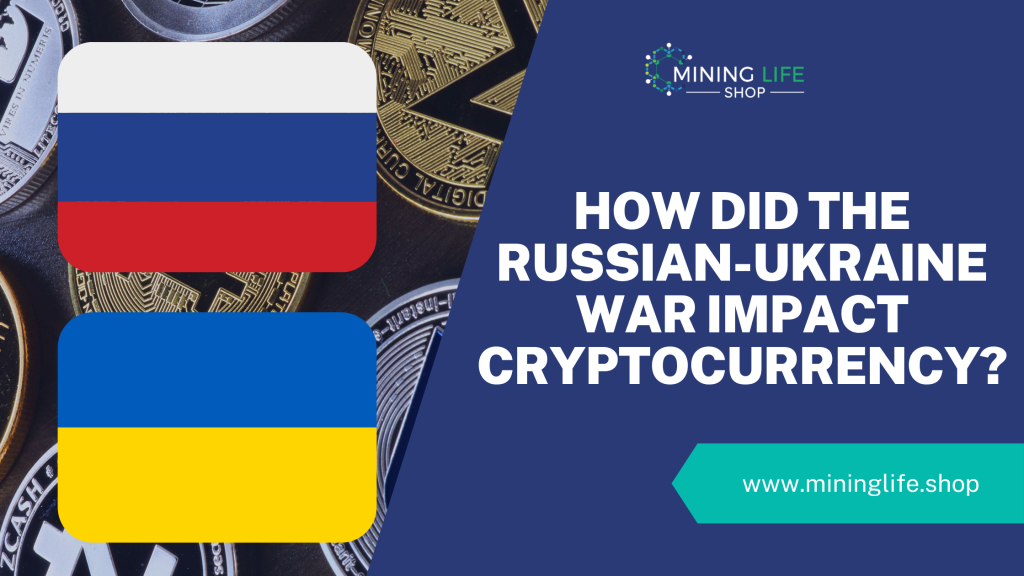 The Russian-Ukraine war has been going on for over three years and has had a number of impacts on the cryptocurrency market.

One of the most significant impacts has been the sanctions placed on Russia by the United States and the European Union. These sanctions have caused a decline in the value of Russian rubles and Ukrainian hryvnia. And this led to an increase in the demand for cryptocurrency.

In addition, some reports suggest that cryptocurrency is being used to fund the war effort on both sides. For example, it is reported that a Russian military unit known as Unit 26165, which is responsible for information warfare, has been using Bitcoin to buy hacking tools and other illicit goods. Similarly,some believes that Ukrainian soldiers are using cryptocurrency to purchase weapons and other supplies. But all of these are only alleged and still unproven.

The exact role of cryptocurrency in funding the war is still unclear. But the Russian-Ukraine war has had a significant impact on the cryptocurrency market.

A number of Russian citizens turned to cryptocurrencies as a way to get around the sanctions from various countries.

The continuing turmoil and recent conflict between Ukraine and Russia adversely affected many businesses. As a result, many Russians have resorted to Bitcoin as a means of protecting their financial assets. This has led to the increased demand for Bitcoin and the price of the cryptocurrency, resulting in a surge in volatility for the cryptocurrency. Because of this, some investors are hesitating before making a Bitcoin investment.

The war has also had an impact on the price of Bitcoin, with it dropping significantly at one point.

As the conflict in Ukraine went on, the value of Bitcoin had also increased. Most likely, this is due to the volatility of Ukraine’s national currency, the hryvnia. Also because of the growing interest in Bitcoin as a financial investment. At the beginning of 2014, the value of one Bitcoin was approximately $600. By December 2021, the value had risen to more than $1200.

However, as the ongoing conflict heightened, the price of Bitcoin dropped as much as 30%. However, it is quite difficult to identify a single explanation for the fall. And many observers feel that the uncertainty and instability generated by the conflict might be the cause. In addition, with the value of Bitcoin continuing to plummet, some investors are cashing out their holdings. This produces an overall demand reduction.

Despite this, many expects Bitcoin to rise.

Teeka Tiwari, the editor of a financial newsletter from the Palm Beach Research Group, said on SiriusXM’s Breitbart News Daily that the Russia-Ukraine war will help Bitcoin’s value rise over time.

If some Russian financial institutions were removed from Society for Worldwide Interbank Financial Telecommunication (SWIFT), the value of Bitcoin and gold would go up.

Aside from that,  Tiwari said that the sanctions against Russian individuals and entities would also help Bitcoin’s value go up. This is because “it creates a lot more demand for Bitcoin because people are looking for places to put their money where they’re not going to get sanctioned.”

In the long term, Tiwari is bullish about Bitcoin. He thinks that “eventually, what’s going to happen is people are going to start fleeing fiat currencies like the U.S. dollar”. And they will instead put their money into things like Bitcoin or gold.

Overall, the Russian-Ukraine war has had both positive and negative impacts on the cryptocurrency market.

The conflict between Ukraine and Russia is having a major influence on the cryptocurrency market. The dispute has created a great deal of uncertainty in the market, which has resulted in volatility and instability. This has harmed the industry’s overall growth. It is critical that the conflict cease as soon as possible. That way, cryptocurrencies can continue to grow and thrive.

Mining Life Shop is located at 7625 17th SW Vero Beach, Florida 32968. It is your one-stop for crypto mining hardware. We guarantee secure payment, efficient delivery, and fast support for our items. To know more about our services, visit our website or send an inquiry through our contact form. To connect directly with CEO Daniel Diaz, book an appointment now. Stay updated with Mining Life’s latest offerings by following our social media accounts. 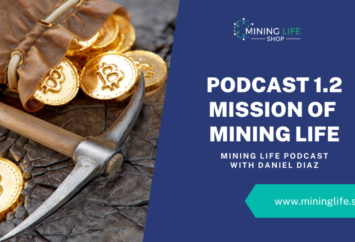 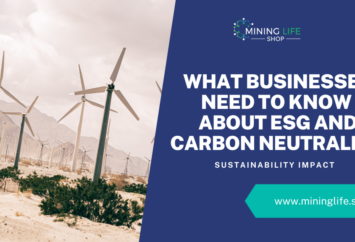 What Businesses Need to Know About ESG and Carbon Neutrality