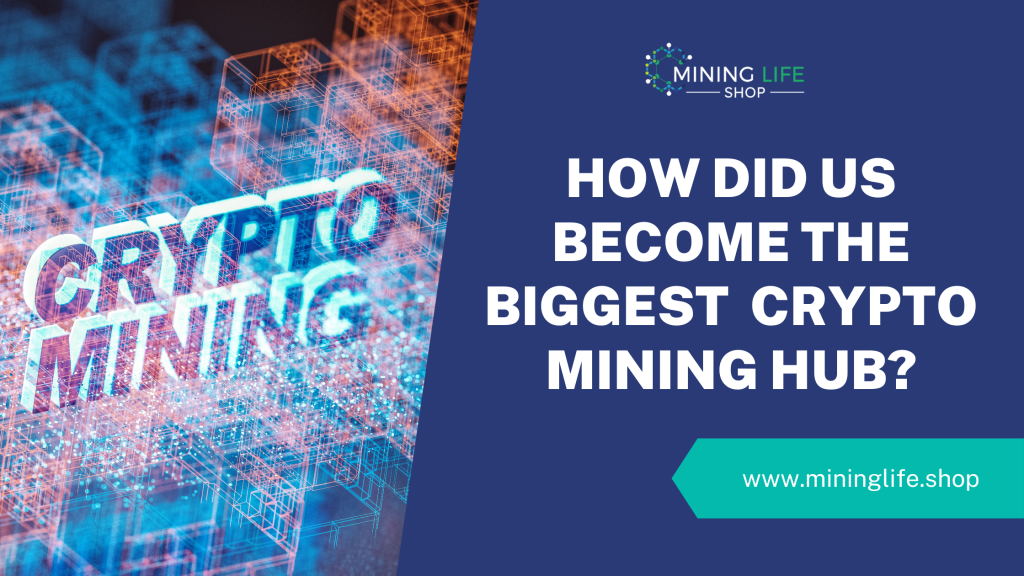 With the rise of crytpocurrency, the world’s population has begun to shift. More people are becoming aware of cryptocurrency and how they work. Companies are beginning to accept them as payment for goods and services. Individuals are investing in them. Governments are setting up blockchain-based registries for their citizens, and more people are moving away from fiat currencies toward digital coins-based economies.

One country that is leading this charge is the United States (US), the big crypto mining hub of the world. But how did it gain that reputation? This article will tell you how US became the biggest crypto mining hub and what instigated this revolution.

Satoshi Nakamoto, a pseudonymous person or individuals who designed and created Bitcoin, released the Bitcoin whitepaper on October 31, 2008. The said paper read:

“A purely peer-to-peer version of electronic cash would allow online payments to be sent directly from one party to another without going through a financial institution. Digital signatures provide part of the solution, but the main benefits are lost if a trusted third party is still required to prevent double-spending. We propose a solution to the double-spending problem using a peer-to-peer network.

The network timestamps transactions by hashing them into an ongoing chain of hash-based proof-of-work, forming a record that cannot be changed without redoing the proof-of-work. The longest chain not only serves as proof of the sequence of events witnessed but proof that it came from the largest pool of CPU power.”

Satoshi Nakamoto’s vision for Bitcoin was to create a decentralized financial system that would be immune to government manipulation. Nakamoto wanted to create the opportunity for people to transact with one another without the need for a third party, such as a bank, intervening and taking a chunk of the transaction.

The US’s big crypto mining hub status may have started with Satoshi Nakamoto’s vision to free people from the tyranny of government via monetary policy; thereby creating a peer-to-peer economic system,  but it is continuing through the robust blockchain-based economy.

How US Became the Biggest Crypto Mining Hub

The People’s Bank of China and financial regulators have ordered cryptocurrency businesses to close and cautioned investors to avoid digital currencies. This happened just weeks after President Xi Jinping professed his support for blockchain technology. What followed was a series of clampdowns, which represented the biggest cleanup in the sector. Exchanges of fiat money to digital currencies were banned and other trading service providers eventually succumbed to the pressure. Crypto mining has been labeled as a “very dangerous” activity that threatens to compromise the country’s carbon emission targets.

The Chinese government’s intensive anti-cryptocurrency onslaught has prompted investors and miners not only to secure their assets but to move their cryptocurrency business elsewhere safely. Top on their list was the US.

Prior to China’s decision to ramp up its crackdown, the US was only the second-biggest mining destination, with 17% of the world’s miners. Right before the mining ban went into effect, China accounted for 46% of the world’s total hashrate according to data from Cambridge University. That’s down from 75.5% in September 2019. Now, “500,000 formerly Chinese miner rigs are looking for homes in the U.S,” said Marathon Digital’s Fred Thiel. He forecasts that if these miners settled in the US, the region will account for nearly 40% of the global hashrate by the end of 2022.

Although the Chinese crackdown has forced evicted these miners and prompted them to opt for the US as their new mining mecca, it was not the only deciding force. There are other factors as to why the region was the first choice.

One key factor in the US becoming the world’s biggest crypto mining hub is the US government’s stance on cryptocurrencies. In the US, the Securities and Exchange Commission (SEC) has been hesitant to classify cryptocurrencies as securities, which would subject them to a slew of regulations. This has led to a more permissive environment for cryptocurrency startups and miners alike.

Another factor is the abundance of cheap energy sources. Energy sources like coal and natural gas are cheaper in the US than other sources like wind and solar power. The country also has a lot of hydropower, which happens to be one of the cheapest sources of power there is. Since miners are driven to places with the cheapest sources of power because they compete in a low-margin business where their only variable cost is often electricity, the US earned the top destination spot.

Finally, the speed and bandwidth of the US internet infrastructure are very beneficial for crypto mining. Mining operations require a lot of data and bandwidth, and many countries around the world don’t have as robust networks as the US does. Miners need to mine or find cryptocurrency transactions, so it’s important to have access to a reliable, fast internet connection in order for their mining operation not to crash.

US Strategic Advantage in Crypto Mining

Washington has become a crypto mining hub because of its inexpensive electricity, ideal geographic location, and cool year-round weather. As for North Carolina, the state has become an appealing place for miners. This is because of its low taxes, available land, and rich coal resources.

The United States also has a strategic advantage in crypto mining because of its established economy. The US dollar is the world’s reserve currency. This means that the price of Bitcoin is based largely on the US dollar’s value. This puts it at an advantage because any fluctuations in the US dollar will have an effect on the price of Bitcoin. The country also has established financial institutions that can provide services to cryptocurrency miners. This includes banking services and venture capital to help fund projects.

How Other Countries are Following US Footsteps

In addition to the US, other countries are also embracing this trend. Venezuela is a prime example. In the wake of civil war and hyperinflation, Venezuelans have lost a lot of their savings and purchasing power. Their national currency is now worth a fraction of a penny. The Venezuelan president, Nicolas Maduro, is now urging citizens to engage in cryptocurrency mining to stimulate the economy.

In Russia, political leaders have been hesitant to embrace crypto mining. This is because of the risks that it poses to fiat money. The government has expressed concern that cryptocurrencies could potentially lead to a devaluation of the ruble and other fiat currencies.

These countries all follow in the U.S’s footsteps and embrace cryptocurrency mining as a means of economic growth.

The massive digital assets crackdown in China played a major role in making the US the new crypto mining mecca. But there are some factors that also influenced this transition. To sum it up, here are some of the reasons how US became the biggest crypto mining hub:

Located at 7625 17th SW Vero Beach, Florida 32968, Mining Life Shop is your one-stop for anything cryptocurrency-related. We guarantee secure payment, efficient delivery, and fast support for our items. To know more about our services, visit our website or send an inquiry through their contact form. To connect directly with CEO Daniel Diaz, book an appointment now. Stay updated with Mining Life’s latest offerings by following our social media accounts. 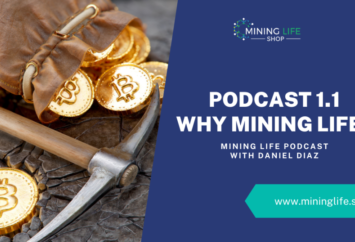 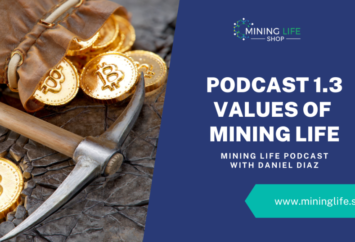